Changing a bit from the technical-themed posts I make, this one goes about another of my passions: strategy games. I will list some very good but relatively unknown strategy games that you must play if you're a real fan of strategy. Warning though: most of these games are OLD. This doesn't mean they're not fun, entertaining or challenging to play. If you're looking for stunning graphics and modern interfaces, then definitely this list is not for you.

This geopolitical turn-based simulation of the Cold War is a game that never ages. Nevermind the graphics (a simple pixelated map and some "digitalized" faces), this game deserves a try if you like the Cold War era and geopolitics. You take charge of either the USA or the USSR and you enact several foreign policies towards the other countries in the world. The fun part is that both your decisions and your opponent decisions (there's an AI to play against) can be challenged at the start of either turn, while avoiding nuclear war (Defcon 1). Winning challenges as well as having other countries become more friendly towards your superpower yields you prestige points. The side with more prestige points at the end of the game wins. How to make countries become friendly greatly differs depending on many factos: faction ruling, current treaty with you and your enemy..., and in case of Multipolar setting, the stance towards other countries friendly to you or you enemy. I strongly recommend this game if you can overcome its outdated graphics. It's worth much more than how it looks. 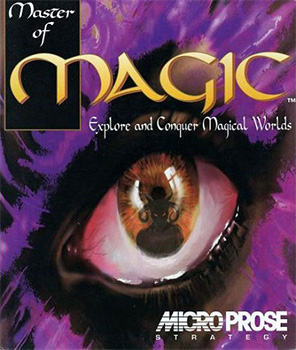 Heavily based on the first Civilization game, Master of Magic takes all that made that game a highly reated classic and expands it by introducing more depth elements. Investigating magic and preparing spells is one of the main components of the game. There's also a tactical combat view, and heroes. An alternate plane map, ruins, caves and more to explore and fight against. Like the Civilization series, the more the game progesses, the more interesting and deep it becomes. The combination of economics, war-planning, and magic is well balanced. Nothing really innovative but extremely well executed. If you like Civilization and the fantastic worlds, you shouldn't be missing Master of Magic because it's a masterpiece of strategy games, despite its outdated VGA graphics. 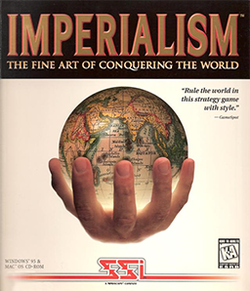 Imperialism is a turn-based strategy game themed in the 18-19th century and evolves about that era empires. Neither the map or the countries are real. The play map has 7 major nations and 16 minor nations, and you play as one of the major nations. Your objective is to build a large and strong empire and defeat the other major nations. Imperialism has several innovative features, specially the way you manage your economy and production. You need to build a vast transport route to get the supplies to your capital. You get workers by training and there are 3 worker levels. Each subsequent level makes the worker more effective but also consumes more resources. The way you arrange your economy is absolutely crucial in this game. Military operations totally depend on a strong and industrialized economy. Thus trade is also of sum importance since it can yield you extra money or get you the so needed materials you need to fullfil some task. The market adjusts the prices depending on the bids, which simulates a microeconomy inside the game pretty well. The diplomatic part is pretty simplistic, as you give money for friendly relationships with minor nations.

Uprising is an RTS that can be considered one of the most underrated games ever. The game features a futuristic tank which you take control of in a first-person perspective. Uprising successfully mixes an FPS and RTS in a solid and challenging game, with awesome graphics for the time. While you're in control of the tank, you can issue orders, like building structures and moving your troops to attack the enemy.

People's General is a game of SSI's General series (which starts with the classic Panzer General). If you're a fan of turn-based strategy games and you never played Panzer General, then I don't know what you're waiting for to try one of the best strategy games ever. The game takes the tried-and-true mechanics of Panzer General and adapts them to modern arms and warfare. The plot is that China starts invading South-east Asia and Eastern Russia. The game features some innovations, such as special abilities for some units as they gain experience and also buyable modifiers such as increased sight range or uranium-enriched ammo for extra damage. For buying new troops and upgrades you use prestige points which works the same as throughout the whole series: the fastest you complete the missions, the more cities you conquer and the more enemy units you destroy, the more prestige you gain. Also keeping in line with the series mechanics, your core units go with you to your next mission, so you'd better take good care of them if you want to have experienced and powerful units in upcoming missions. People's General introduces the use of helicopters instead of the fighters/bombers of Panzer General. You still can access high-altitude fighters and bombers, but the system is through air superiority points which you can assign at the start of each battle, that give you access to different air missions (scouting, striking, suppressing, etc..). 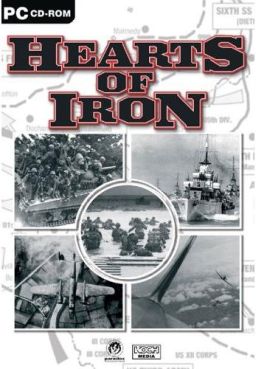 Hearts of Iron is the first installment of the Hearts of Iron series from Paradox. Although probably its successors are better, this one started the series so for me it is a must play to understand the development of the sequels. Like these, it is a very hard game both to learn and to master, but once you do (at least the first part) it is very fun and enjoyable. The game spans the Second World War period and allows you play with any country in the world from that era, controlling mostly every aspect of that country, from politics, to economics and of course military which is undoubtely the main aspect of the game (and the series). If you like complicated games with infinite options to manage your country, this series is a must. 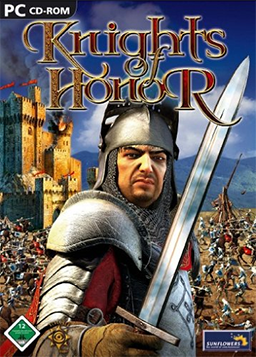 The easiest way to describe Knights of Honor is that it is a Medieval Total War clone that is missing the 3D. But beyond that it is an excellent medieval RTS that focuses on both military decisions with limited troops -there's a maximum of generals you can have, and thus you have to handle the offense and defense with these limited troops- and strong economics -mainly to be able to supply your armies-. The game might not have the looks of Medieval Total War but it is definitely an underrated game you have to at least try if you do not fear 2D graphics and like medieval RTS. 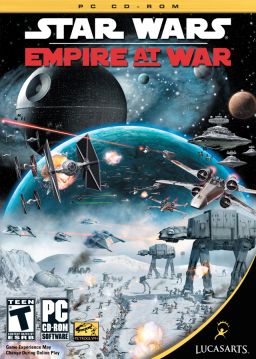 Star Wars: Empire At War (SWEAW) is, IMHO, easily the best Star Wars strategy games, and definitely one the best Star Wars games altogether. The game is a standard RTS (like Starcraft, but in 3D) and has the standard options for a classical RTS of the time: single skirmish battles, a grand campaign where you can play either the Empire or the Rebels, and of course multiplayer over LAN or Internet. Where the game really shines is that it offers basically 2 games in one: space battles, and ground battles. For me, the focus is basically on the space battles, since IMHO the ground battles are a mix between annoying, bugged and flawed mechanics, where extreme micromanagement is required to avoid losing. But if you ignore the ground battles, the space battles is where this game really really shines. There's only one type of resources, and each spacecraft type is specially weak/strong against some other types. But instead of bigger ship = stronger ship we usually see, there's a circular link in this case, where bigger ships are highly vulnerable to small ships like fighters (X-Wings, Tie Fighters) and bombers (Y-Wings, Tie Bombers). This allows for much more elaborated tactics as you cannot just stack in big ships because you will get destroyed very cheaply.

One of the latest instalments of the Close Combat series and probably one of the best (although personally I still prefer the 4th instalment), Close Combat The Longest Day takes on Close Combat 5 Invasion: Normandy and expands the map and the playtime, including not only the beach disembarks but also the previous past-the-lines paratroopers launches. The Close Combat series is known to be one of the most accurate depictions of modern warfare on a tactical level. Since its 3rd installment Close Combat is a cult wargame with many followers, although the whole series is highly unknown to the mainstream strategy players. It features real-time slow-paced tactical maneuvers in which not always you can win the current battle, but hopefully you can try and win the war. The units are very specialized and for example a simple infantry unit cannot face a tank or a machine gun nest. You will need to find alternative tactics to overcome some enemy units. Each soldier has a separate morale, weapon and ammo, and it's not unusual for the soldiers to flee in panic, get winded or out of ammo. The game also features call to artillery and airstrikes, although these have to be scheduled before the actual battle. Close Combat is one of the best RTS and military games ever made, thanks to upholding the realism without sacrificing the fun.